I wanted to do something special for
all of you for Thanksgiving.
Something from the heart.
I thought and thought.
In light of past discussions
here and on other blogs,
I knew exactly what I
had to share.
I'd like to introduce
you to Nick.
A real life
HERO.
Happy Thanksgiving
Everyone.
I am thankful
for Nick,
family and friends,
to name a few.
What are
YOU
thankful for?
﻿
Posted by Jill at 7:03 PM 27 comments:

Yesterday, a blogging friend,
Elizabeth at
ElizardBreathSpeaks
wrote an entry
about Heroes
and what the word means in this day and age.
It's a word that is too often used,
in my humble opinion.
I, however, work with many real Heroes.
Today, I'd like to share one of them.
I think we could all agree
that there are many types of bullying.  Most common are name calling, teasing, physically abuse,
the list goes on and on.
One form that isn't often talked about is the "set up."
You know, where a group of teens "sets up" the younger,
or more vulnerable student to break the rules?
In my line of work, this is very common.
The Special Needs students are often subjected to this rather
"subtle" form of bullying.  Often at the lunch table or on the bus.
It's happened to my own kids, more time than I can count.
And while I work at a wonderful school that doesn't tolerate
bullying of any sort,
it's often harder to monitor this type as it is often quiet and can easily go unnoticed.
Fortunately,
one day, it was noticed.
Staff intervened immediately and the "suspects" were questioned as a group.
These students were males and ranged
from a 9th grader to several 10th-12th graders.
The teacher was met with a chorus of denials until
one
lone
boy...
the youngest
of them all,
stood up
and announced
"They are lying."
"We were setting the student up
in an inappropriate way."

A man had risen
above the others.
Accepting responsibility for his part
as well as the others.
He set aside his fears of being
ousted from "the group" and stood
up for what was right.

Here, For Now, At Least

Hello, peeps.
It's been awhile.
Again.
Sorry.
I have missed you all.
Sincerely.
I thank you all that have
taken time out of your precious time to check on me.
It's been a whirlwind.
I've had a recent offer on the house.
However, I have take it off the market.
For now.
I can't find anything
suitable for us to move into.
I'll keep looking
and re list
if and when
I find something.
I think I have a lot to share/say.
I'm not sure how often I will be able to
or if anyone will be interested.
More importantly,
I can only promise to
try
to
visit
you
all
as
often
as
I am able.
I will understand
if you elect
not to follow me
or visit back.
But please know this,
I will do my best.
I do miss you
and wish you
all blessings
during this grateful season
of Thanksgiving.﻿
Posted by Jill at 12:40 PM 24 comments: 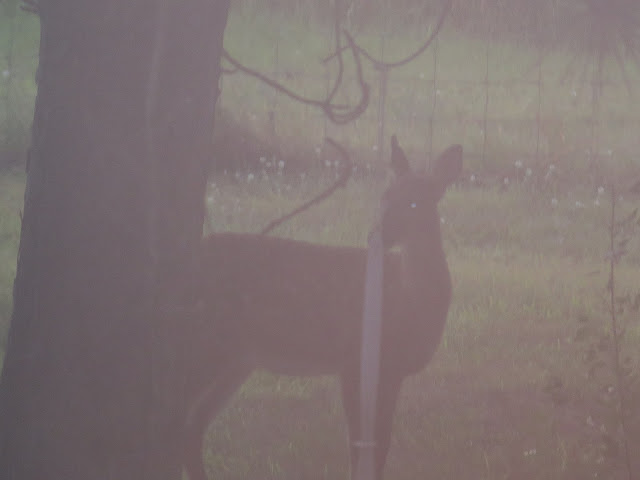 Very poor capture of a very special, young visitor.
To the few that have inquired,
I thank you from the bottom of my heart.
Listed the house and sold it in three weeks flat.
Had a moving sale.
Sold quite a bit.
Donated a huge amount.
Passed a 4 hour house inspection with flying colors.
Water test results were glowing.
Then came the septic system.
Due to new codes,
I need a new one.
Buyer wouldn't deal.
Now I'm in the process of getting bids for new septic
and house is back on the market.
I've packed up a lot.
Storing it all in a shed and garage.
Will have to move it out of garage
to the shed before the snow flies.
Had showing.
They broke my storm door.
Main TV died.
Dropped it on my foot while moving it.
Nothing broken, just very sore.
Did the State Fair.
Too hot,
too crowded.
My feet and legs hurt for days and days.
Burning up here.
In a drought.
Sold all my hoses and sprinklers.
Snow shovels too.
Hope that white stuff holds off a long time.
Started school.
First me, then her.
Trying to find a new routine.
Obviously, blogging hasn't been a part of that.
I'm sorry.
Don't know when it will be.
If ever.
Miss ya'.
Hope you're all doing well.
Life is bumpy.
But it's all good.﻿
Posted by Jill at 8:19 PM 30 comments:

to offer you a reminder.
To slow down.
To look around you. 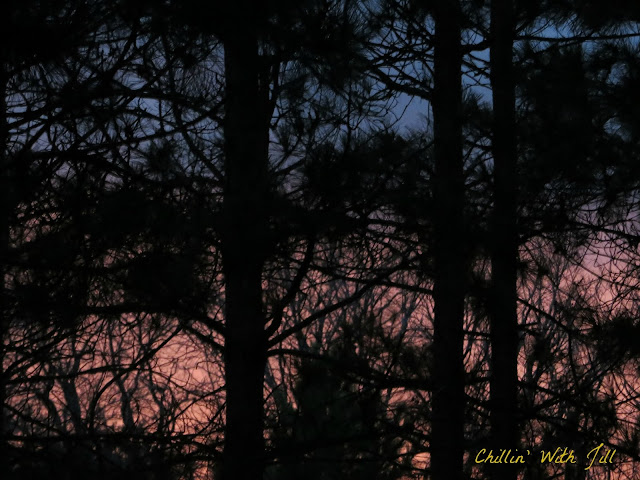 With all that's going one around here,
I almost missed this.﻿ 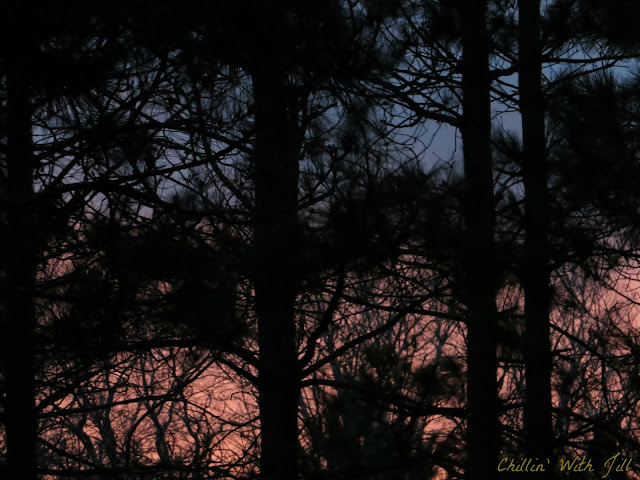 I'm so glad I didn't!
No one does color better
then Mother Nature herself. 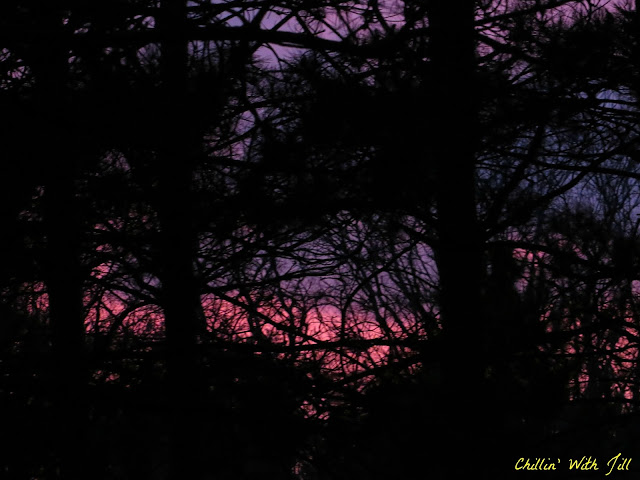 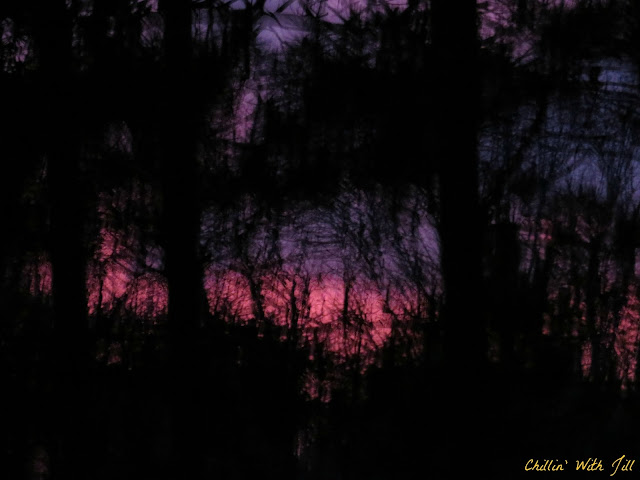 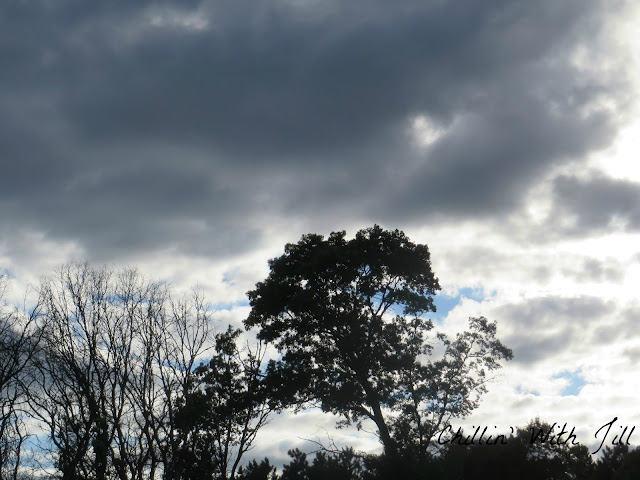 Unfortunately,
these clouds didn't amount to anything.
They do, however,
reflect
life
at my house these days.
Spent a week getting ready for
a moving sale
which I had on Saturday.
Had lots of help
from family and friends.
Thanks goodness!
If I never see another
price sticker,
I will be a happy woman.
Spending this week,
getting rid of everything
that didn't sell.
I, myself, just
might be found in
the FREE pile!
Catching up today
and hoping all is well with
each of you!
﻿
Posted by Jill at 10:23 AM 23 comments: 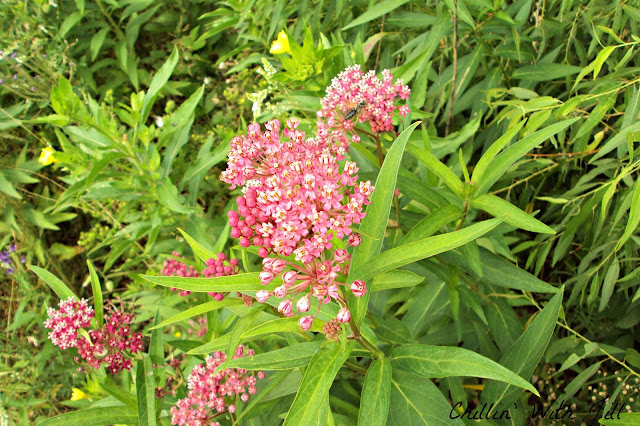 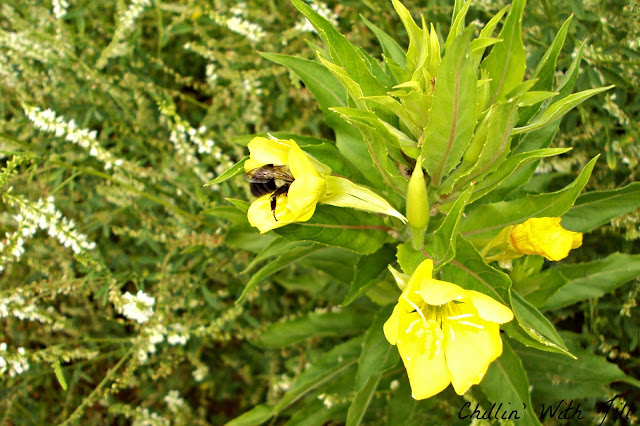 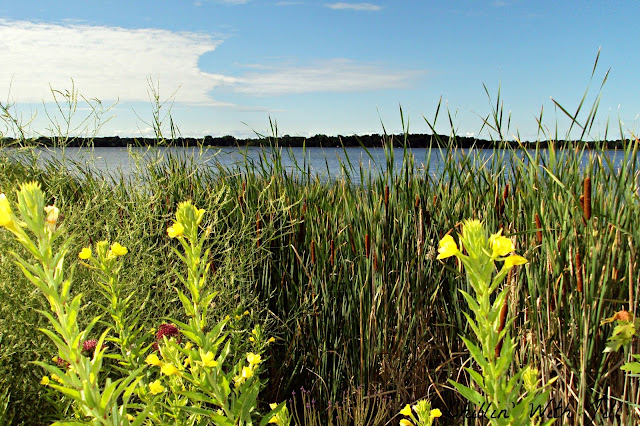 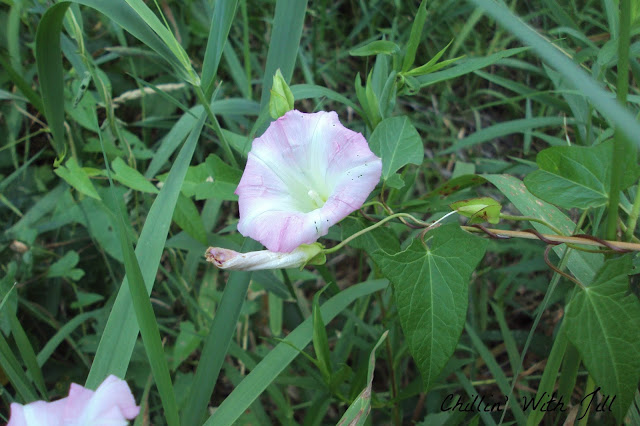 Jill
I am a 50 something, very young at heart,single woman that lives in MN. I am a Paraprofessional in a High School and once again,have become a Stampin' Up! Demonstrator. You may contact me at: jillymaddy@hotmail.com. Thank you so much for visiting my blog. I'm so happy to meet you!

Please do not copy my photographs or text without express written permission from me. Thank you!